Hello! Can you guys tell us more about yourself?

We are friends and both studying Computer Science in NUS School of Computing. We developed this Android application for the NUS Orbital Summer Project. One common thing about us is that we both wanted to develop a useful application with real world use and that is why we formed a team together.

Which 3 words would describe the team best?

How did you come up with the idea? And what problem is your application trying to solve?

It started as we were brainstorming for an idea for our summer project. At that time, we had many different ideas and we thought of using computer vision APIs for interesting applications.
One idea we thought of was using OCR to understand food menus. We realised that whenever we travel overseas or when we try to order food from a foreign restaurant in Singapore, it was always difficult to figure out what exactly we were ordering, especially when there is no picture of it on the menu.

We figured that using OCR would be an interesting idea because it is fast and accurate for food menus that are usually well-printed. It would make it much more convenient for looking up our food menu items and encourage people to find out more about what they are ordering.

On top of that, we decided to add in translation and image search features which gave us the initial concept of MenuSnap.
MenuSnap would provide users with relevant images, information and translations of the particular menu item allowing them to make a more informed decision when ordering their food.

How long did your application take to finish development? (Before the application was released)

Roughly the entire duration of our summer break! Around 3 months or so.

What are your preferred platforms/tools?

Android Studio, Firebase and Github are some of the tools we used for developing this project.
Our preferred platforms as of now are mobile platforms like Android and iOS.

Have you gotten any interesting feedback from users of the application?

Yes, we have gotten a few. One of our user who’s a UX designer and researcher from Alibaba Iran sent us a very detailed feedback on our current UX design and it was really helpful, as he gave us professional guidelines to follow.
Another user also gave feedback that he used the application for a very different use case from how we imagined initially. Instead of scanning food menus to find out more about them, he was a food menu collector and wanted to scan all the menus into a digital format.

How do you keep yourself motivated, especially during the low times?

We had a clear goal of what we wanted to produce at the end of the summer. By knowing that, we became very motivated to finish the project as soon as possible with all the features we had planned.

What’s next for you guys?

Other than crushing a few more bugs on MenuSnap, we are each looking to take on new projects and to develop more interesting applications.

MenuSnap is just a starting point for our software development journey.

What’s one advice you would give to other upcoming application developers?

For Android developers, you would need a wide range of Android devices to test your app because what works on one phone might not work on another. The compatibility issue is very real for android developers. Therefore, expand your social circle to include more Android users.

For app developers in general, never be afraid to try new technologies/APIs, it can develop into interesting applications with many possibilities.

You may download their application “MenuSnap – Food Search” on Google Play. 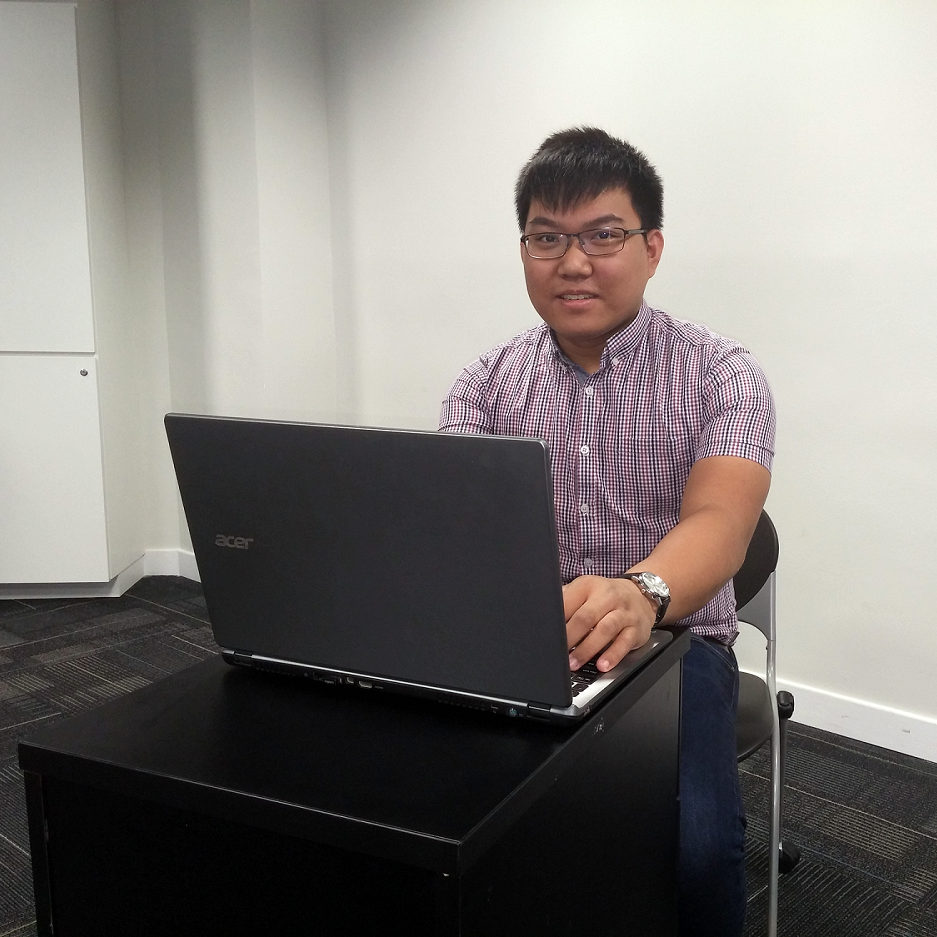 Shawn Tjai
Shawn is the Microsoft Student Partners (MSP) country lead for Singapore with a community of over 130 students. He also conducts technical talks with clients and educational institutes to bring the latest technology down to the campus.